"Now, mija, you are going to receive six more. After each one, I expect you to thank me. When you are ready, you may ask for the first."

She giggles, and impertinently inquires, "What if I'm never ready?" Three quick smacks bring tears, and a concise answer to her query. "Okay, I'm s-sorry, s-sir. May I have the first?" She is answered by a swift crack across both cheeks. "Owww! Thank you, sir! M-May I have the second?" Another smack causes Lucia to kick her legs, which in turn draws the thong back and forth across her pulsating mons. A third halting request is met with another resounding smack, which again pushes her over the top. Her juices are smeared across the insides of her thighs by the time the sixth and final blazing whack signals the end of her punishment.


An Open Apology for “Capcha”:

I love to hear your comments. Every author loves to hear positive comments. Every author who is serious about improving her or his work should at least give thoughtful consideration to constructive negative comments, the key word being “constructive”. Sorry about the “Capcha”, but I had a run in with some nasty trolls a while back. I’d no sooner block a name, than the same individual (same misspelled words and grammatical errors) would post under another name. I had to add moderation to the comments. I didn't realize that moderating at my end added a “capcha" at yours. Once again, sorry for any inconvenience. CK 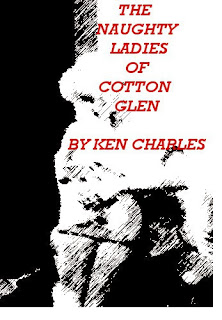 The Naughty Ladies Of Cotton GlenBy Ken Charleshttp://www.amazon.com/dp/B0092Y0ELUFor our friends in Europe:http://www.amazon.it/Naughty-Ladies-Cotton-Glen-ebook/dp/B0092Y0ELUEight Chapters comprised of interrelated, stand alone, short stories about the Naughty Ladies of Cotton Glen.Thursday Afternoon DoublesTerri, an aspiring actress with a temper, gets her career and life under control with a little help from her tennis partners: Laura, Jeri and Panda, served up in three hard sets of OTK in a locked locker room.Lucia's AffairWhen she’s not subbing into the Thursday Afternoon Doubles at the Cotton Glen Golf and Tennis Club, Lucia Morales makes time for an affair - with her husband. The affair is hot, but an unmade bed lights an extra fire.Terri And The ProducerAfter her Thursday afternoon attitude adjustment, Terri promises to make amends with her producer. But sometimes, apologies take more than mere words.There's Something Naughty About MaryJeri makes more than enough money to take care of her young submissive live-in lover, Mary. But to teach her some responsibility, Mary has to pay for some the bills, including part of the rent. Mary is delinquent, and Jeri grounds her while she goes off to make the deal of her career. The deal closes earlier than expected, and Jeri returns home to find Mary missing. Not only did Mary go out after being grounded, she also borrowed Jeri’s car and had an accident (while uninsured). A sound hairbrush spanking from Jeri, and a caning regimen, in lieu of payments for the damages to the other car, from its owner teach Mary valuable lessons.Giving 110%Laura’s younger sister, Sally, is madly in love with Perry. At the company’s annual party, after a couple of drinks too many, she makes a point of bragging to a stranger about him and how he always gives 110%, and complaining that the only thing holding him back is his stupid boss. Of course, the stranger is that boss.When Perry does not respond to her repeated calls to apologize, Sally tries a different tack. She appears at Perry’s house and performs three skits: a naughty young lady gossips in town and earns a date with Daddy’s belt; a naughty school girl is caught by her favorite teacher making fun of the school principal; and a naughty young lady in a bright red dress shoots her mouth off a company party, and earns a session with her fully accessorized red hairbrush. Perry gets to choose one scenario, and play it out.The Pediatrician And The Birth Of The NereidLucia Morales’s pediatrician takes a well-deserved break in the Greek Isles. But some people just can’t keep work off of their minds.Lucia's PresentsIt’s only a couple of days until Lucia’s tenth anniversary, and she has no clue what to get her husband. She goes shopping with Laura at the mall, but nothing catches her eye. On the way home, however, they find a sex shop, Deus Sex Machinas - Sex Toys of the Gods. At first, Lucia is too embarrassed to even set foot in the store. But Laura drags her in anyway, and proceeds to embarrass her.Several days later, Lucia buys her husband a collector’s print. When she goes to pick it up, it isn’t ready. So she goes for a cup of coffee, and finds herself back by the sex shop. Without Laura there to embarrass her, Lucia takes a second look in the shop. She ends up making a couple of purchases, including a leather paddle, a leather skirt and bra, and a crop. Her new toys keep her tenth anniversary night new and exciting.Curtain CallEveryone gets one last prance across the stage, or over the knee. Panda gets a speeding ticket. Laura needs stress relief. Mary fails to make calls for Sally’s engagement party.***************************************************Check out the Saturday Spankings Bloghop http://saturdayspankings.blogspot.com/
****************************************************** 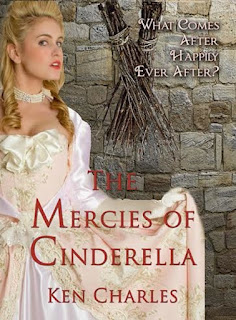 This is no Disney princess!

Payback is a bitch, and so at times is Cinderella. Cinderella is about to marry Prince Charming. Her evil Step Mother and Stepsisters have been convicted of high treason for their conspiracy to prevent the Prince from finding his true love, and are awaiting sentencing. Before the Prince passes sentence, Cinderella asks to take them into her custody for a year to determine whether she may speak on their behalves. The Prince grants her request, and remands the Step relations to one year under the tender mercies of Cinderella.

During this year, while Cinderella basks in the boundless love of the Prince and the joy of her first pregnancy, she applies the hard lessons she learned growing up to her Stepsisters, expressing her concern for their moral edification and well being with various paddles, straps, and even the scopula of a giant trap-door spider. Step Mother, who taught her that nothing in life is free, has to pay for her keep with sexual favors for all who provide her with any goods or services.
Posted by Charlie Kenmore at 8:35 AM